The countdown whiteboard that I looked at for the last 3 weeks: 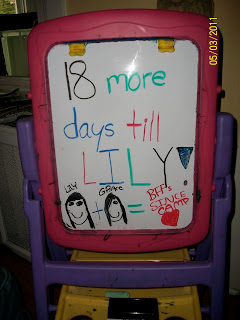 Why? Because we just engineered the biggest secret between her and her friend from diabetes camp!
You see, Lily lives about 3 hours away in our state. She came to visit us in February and the girls had a blast together. They had missed each other from camp and it was delightful to see them together again. So, about a month ago, when I learned that Lily's JDRF Walk was this past Saturday, well, it got me thinking that 3 hours certainly wasn't that far away and maybe we could SURPRISE Lily by coming to her Walk!
We did it! We drove up early Saturday morning and surprised Lily, who had NO CLUE that Grace was coming. You should have seen her face! 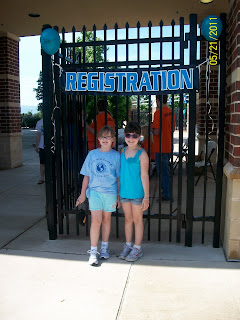 The JDRF Walk was a great event, with teams walking and money raised. Lily's mom was on the committee that did a fantastic job arranging raffles, silent auctions, teams, shirts, entertainment for the kids, lunch and generally making it a wonderful event.
It was at a baseball stadium, which was even cooler cause we got to walk
around the inner track of the field!
We walked, all of us, for a cure.
'Lily and Friends' Team
Hand in hand. 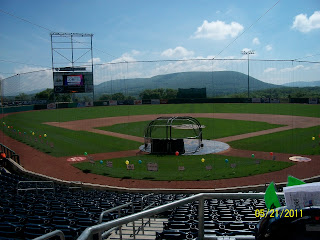 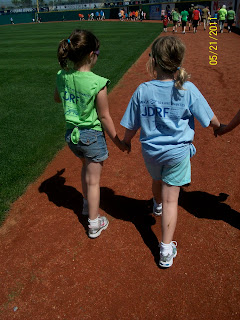 The girls caught up with each other's lives, ate, gabbed and compared Pod sites. Yes they did. 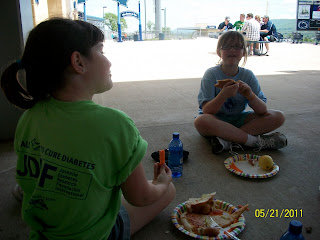 The visit would not be complete without a swim in the hotel pool, and pretending they are mermaids with their fake tail (see Grace's legs, yep, a tail) which is now tradition.
They were awed when a little girl in the pool spotted them and yelled 'Mermaids!!!!' 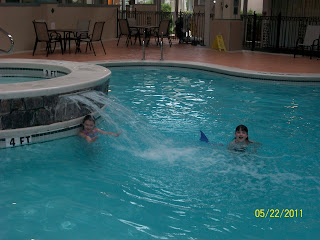 And a night spent at your friend's house, complete with bonfire and marshmallows
and s'mores (which was SWAG-ed at 30 g carbs each),
mopeds and a hammock in which to lay together. 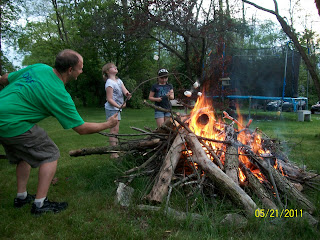 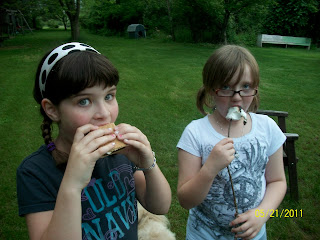 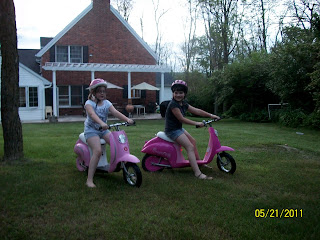 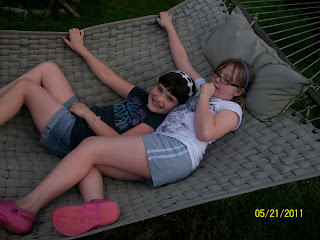 A night at the hotel, sleeping together in the same bed,
with the same bears (who are each named for your BFF) 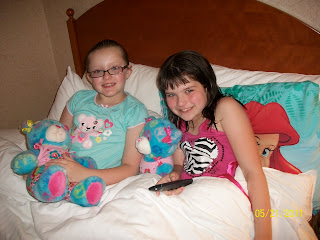 Of course, a night time check at 2 am for each, laid out in advance.
Thank goodness for different colored covers for Pod PDM's! 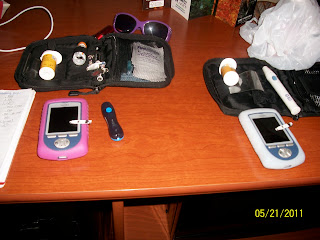 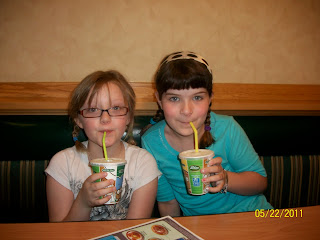 Sad faces when it's time to leave each other. 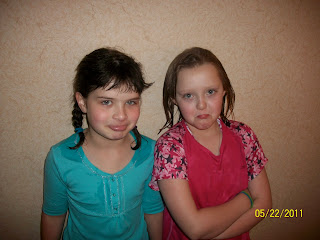 Which then, of course, totally cracks them up. 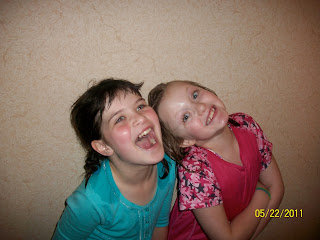 Until August and until Camp again, a hug and a goodbye. 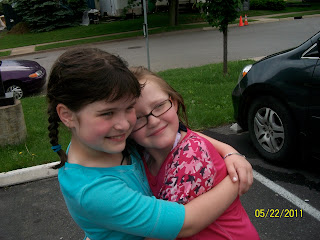 There is nothing like the love of a true friend.
Someone who knows you and loves you, well, for being YOU.
Nothing at all.
Thank you Lily and Grace.
Posted by Penny at 6:19 AM

Awwwww that is so special. What a warm and fuzzy. Love this post!

That is so awesome!! Made me smile all goofy and cheesy!

I wont lie. I totally thought you also went to see Reyna!! Who was her guest blogger!?...Lorraine?? Lol

Denise aka Mom of Bean said...

How wonderful!! Looks like a super awesome visit. How lucky the girls are to have each other!!

I am smiling ear-to-ear here Penny. The pix are priceless and tell the whole story. These girls are developing a life long relationship of friendship and support and comfort in "same-same".

That is the BEST story! You are such a good mother to nurture that friendship. This weekend was the stuff that wonderful memories are made of. :)

OMGsh!! This is the cutest, sweetest thing ever! It's so wonderful tom find a friend. But to find a friend who is the "same"..... Priceless!!!