Paying for the low

Grace's lows have been endless this past week. I cut her basals by about 30% and still they come on. I increased her I:C ratio incrementally, and still about 2 hours after she eats, she plummets. Not sure what's going on, but it stinks.

There was a low today in Walmart. Yes, Walmart. We rarely ever go, as the one near us is humongous and it overwhelms me - the people, the crowds, someone is always angry there. I find my comfort in Target, not Walmart. Hey, to each his own. But we found ourselves there.

Dexcom tells me something is seriously wrong. It buzzes against my hip, as I threw it into my purse side pocket as we shopped. I look down and see a 49 with a southeast arrow. She is headed down.

Crap on a stick.

We are near the refrigerated cases. I look for some orange juice, as she would willingly, gladly, drink it. There are no individual bottles of it. Why not Walmart, why? You stock everything under the blessed sun, but drew the line at individual orange juices?

I spy a little 6 pack of Sunny D. Hey, it's either this or some awful chocolate milk by Nestle that I spotted out of the corner of my eye. That will make her sick, so 'no' to that.  It's too far to walk for the diabetes section and the glucose tabs. It's too far to walk for the candy aisle near check out. She's already dizzy and I have no glucose tabs in her kit. Yeah, it's summer, I am a slacker, I know.

I grab the small 6 pack of Sunny D and rip one out of the pack.

Grace looks at me like I came into the Walmart with a ski mask on, a loaded pistol and said 'I'm taking the Sunny D!'

'I'm going to pay for it honey, it's only one of the juices, now here, drink it.'

'I don't want to drink it until we pay for it.'

Are you seriously kidding me? I applaud her honesty, I didn't raise a thief, but for the love of all that is holy - DRINK THE JUICE AND STOP REASONING WITH ME!

She drinks it down in three gulps. And tells me she is dizzy.

'Can you hold onto the cart? I will find us a place to sit.'

And I do, near a pillar, off of an aisle way.

And we sit in Walmart and drink the not-yet-paid-for juice.

And yes, I paid for it later, both in cash and a steady 96, straight-east arrow on that Dex. 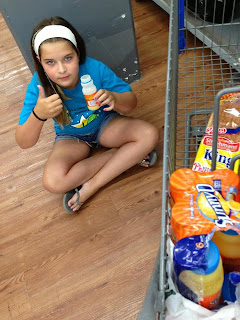 Summer, what is it that makes the days fly? There hasn't been ten minutes where we are not coming, going or doing something. No time for updating blogs, no time for commenting - I missed that whole wonderful day of commenting on blogs, it was 11 PM before I realized it was that day - ugh.

Snapshots of our summer...

And since we have the new Pods and PDM, I am pretty sure that the home screen will, indeed, NEVER read her actual name. 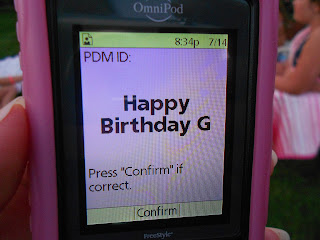 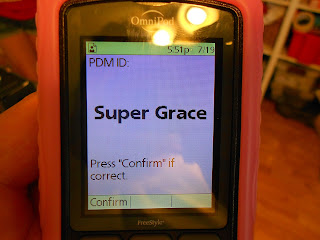 Happy 11th Birthday to the rockingest girl I know!


Oh sweet 11, on the way out of the youngsters and into the pre-teens. 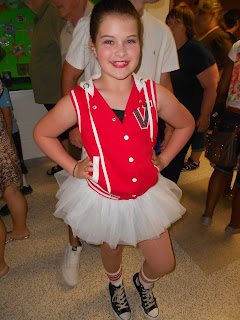 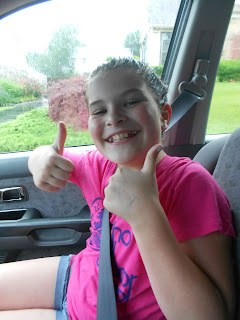 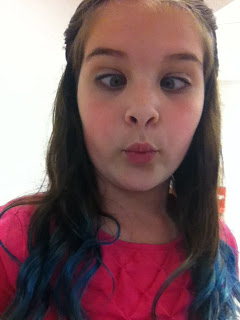 Though you give me a run for my money some days, you are still the brightest star, the one who makes me laugh and smile each and every day. 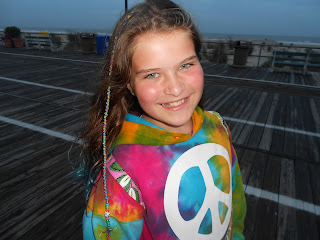 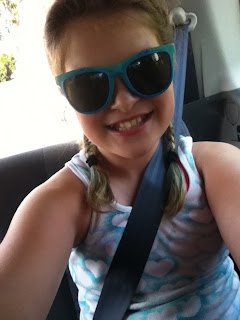 Have I told you lately how brave and strong and true you are?
You are. 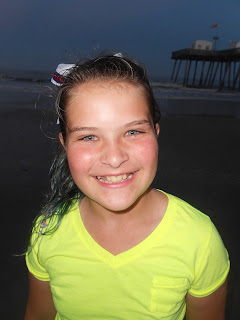 Summer time with D. Waiting to see if you have cooked the insulin on the beach in 90+ degree temperatures. Waiting to see if the Pod falls off while boogieboarding. All good times, huh?! Luckily, we didn't cook anything and luckily, no Pods or Dex were lost to the Atlantic Ocean. 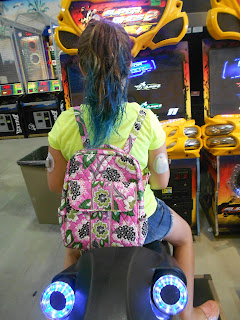 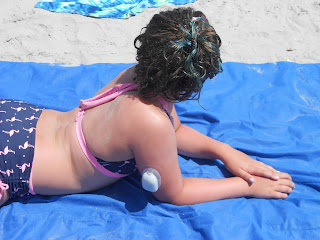 Grace often has kids come up to her and ask her what is on her arm. She dutifully replies 'My medicine' and it seems to suffice for the kids. They end up having an answer and they are satisfied. She gets lots of looks. Most people, I assume, think it's something music-related. An iPod attached to her? Looks like it should have earplugs coming out of it. Come to think of it, that might be a really good joke sometime.

And of course, you need some BIG boluses sometimes. 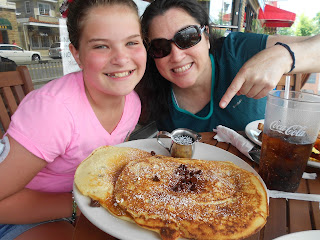 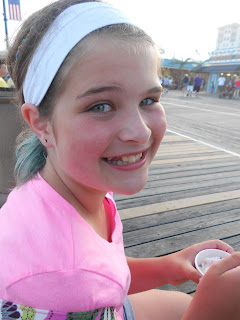