This is Grace's 'handle' on a game app she plays. Insulin Addict.
I laughed, cause she is.

And oh, this addict uses A LOT of insulin throughout her day. She's up to about 50 units per day. She's maxed out the 150 units that I use to fill her OmniPod pod, so now I up it to about 175 units for three days. 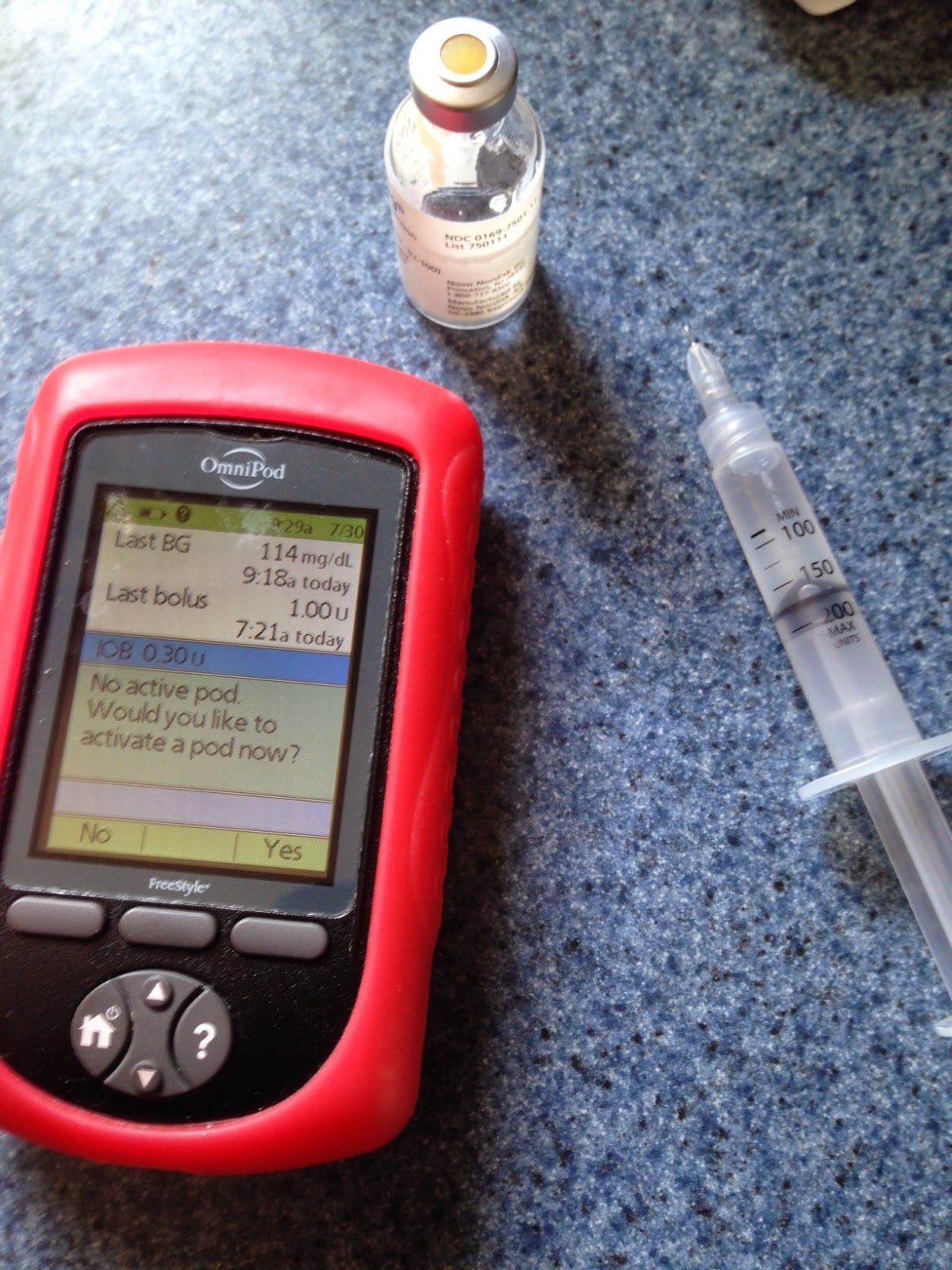 It is what it is.
It's puberty, that is.
12 going on the preteen years.
Growth spurts, hormones, growth spurts, hormones and did I mention, the GROWTH spurts?!
Like, growing 2 inches this past year and on track to bust another inch in the next six months.
All that growing requires a lot of insulin. Both in basal and in bolus amounts.

It's the basal rates that make me shake as I enter them. I repeat the phrase 'She needs what she needs, these are only numbers' again and again in my head, but secretly, there is a little voice that whispers, My God, woman, that's a HECK of a lot of insulin per hour.'

I try not to listen to that little voice.

I enter new basal rates. Large ones for such a little girl.
And I know it's what she needs. And it's just a number.

It's that time of year again - diabetes camp! And we are in year 5, baby.
You can read about Year One, Year Two, Year Three and Year Four. All of them were grand.

This year's camp moved to a different location. It's all good. Grace had to get used to a new cabin, new counselors, new cabinmates, new dining hall, new well just about everything. But one thing remained - her friends. So, move the camp all around - the friends are what holds you to the place.

It was reuniting with her DBFF (Diabetic Best Friend Forever) the indomitable Lily. Hugging and running and hugging and giggling and laughing and whispering and catching up. Just like they never left each other's side. It is grand to behold, the traditions these two have. They eye roll together, they smile at the same things, they chuckle and get the inside joke together, they snark together. 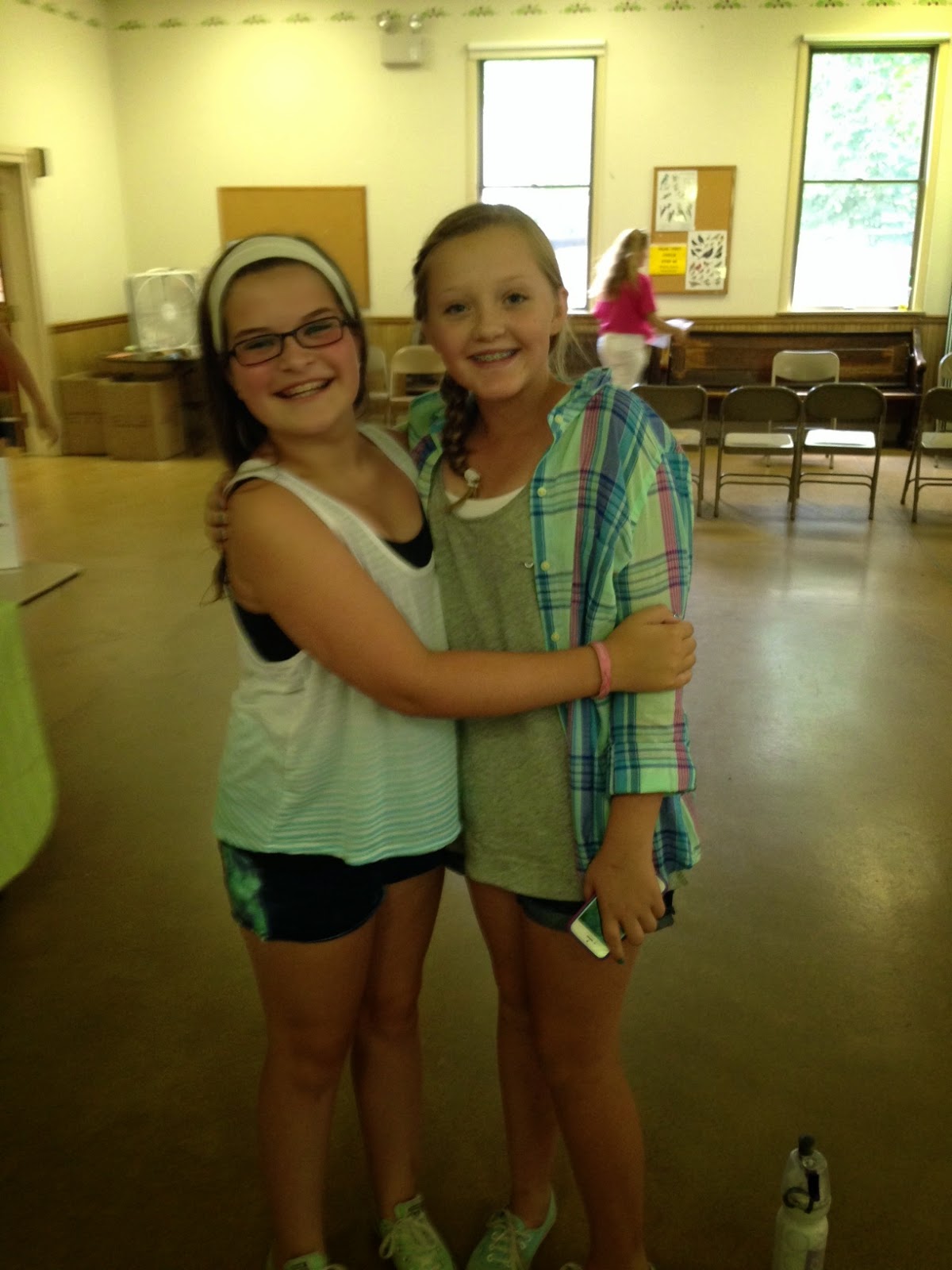 In all, it's wondrous.

And this year, five years into it, I leave her and I tell her to have a blast. I don't worry that she won't be taken care of, those waters are under the bridge. I know she will have fun. I know she feel a part of a community that I don't belong to. I say goodbye and give her kisses and tell her I will miss her sweet face. 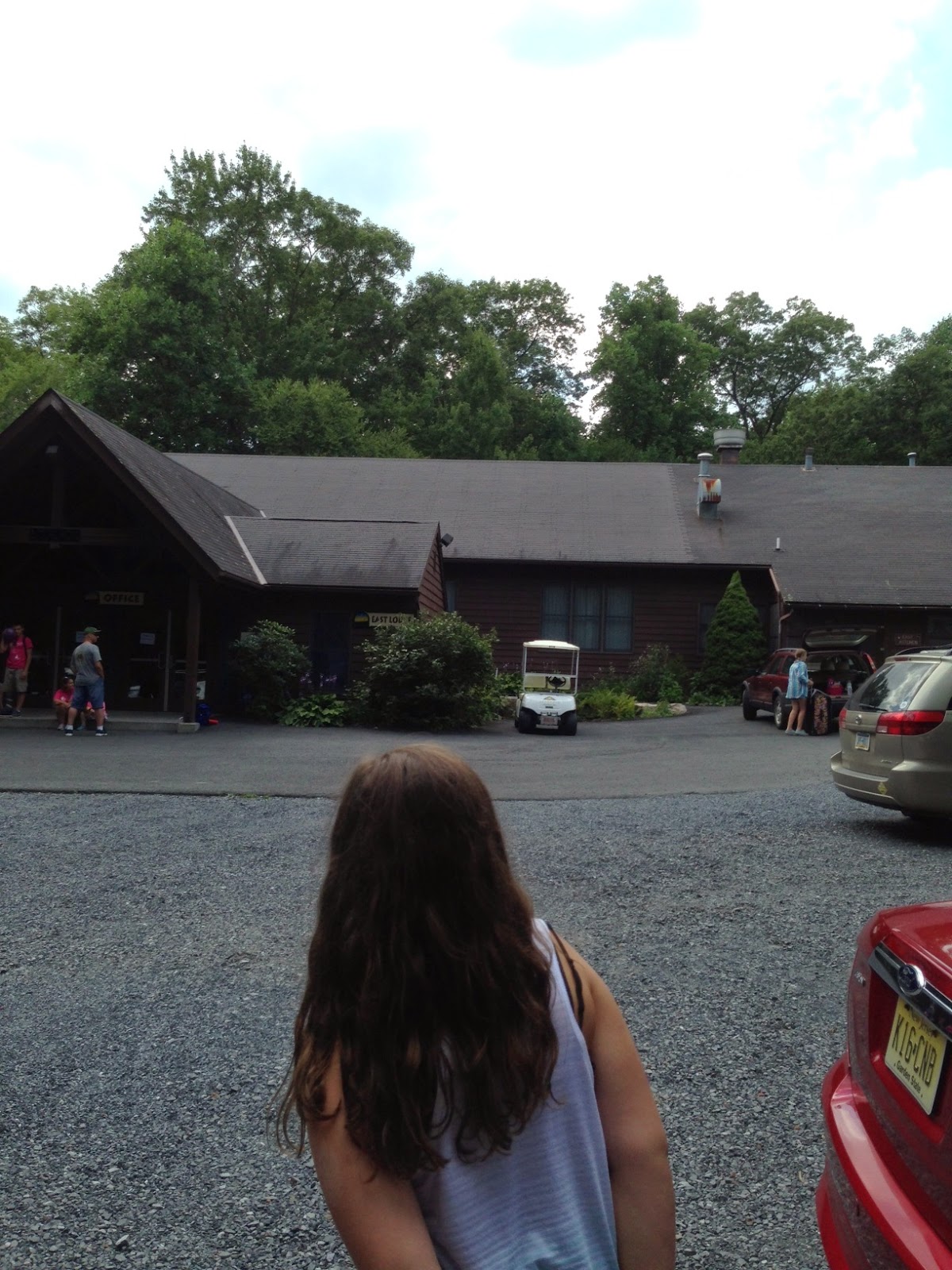 It's a relief not to say them. It's a relief to not worry.
But I don't want her to think that's all I do all the time with her, worry. Because I don't. It's just that I never get SIX WHOLE DAYS of it. In a row. And that's different.

She sees it on my face, my intuitive girl. She tells me on the way back to the car, after we have made her bed in her cabin and gotten her squared away, 'Have fun Mom. Sleep.'

I smile, because I will. 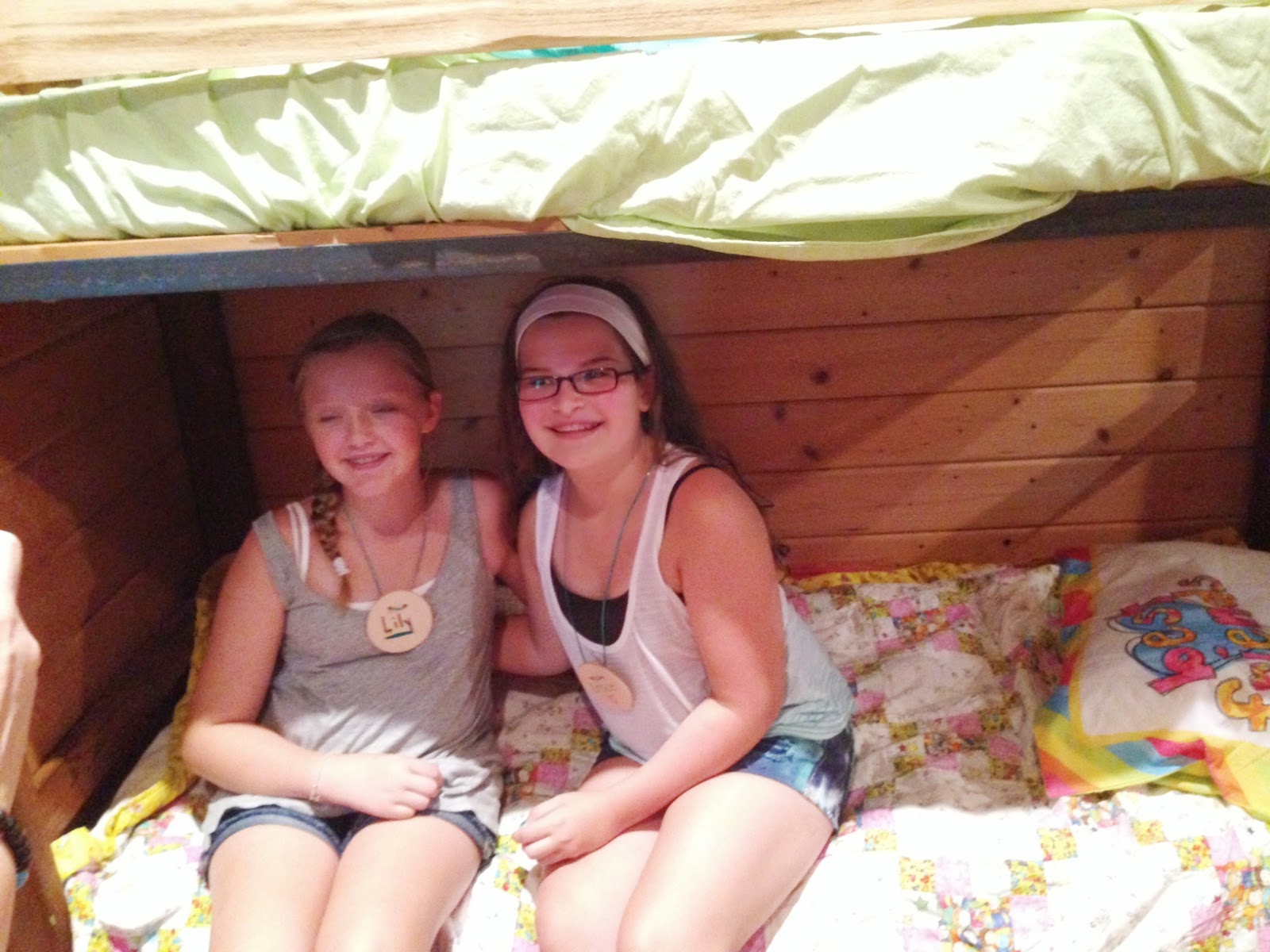 Twelve years old. And you know that all I can think of is back to when she was diagnosed at age 6. When I sat there in the hospital room, wishing her to be better and to be well, I thought of this day, when she would turn 12.

That's where we sit right now, splitting the hair between the time she hasn't had diabetes and the time she has. And it turns. And it won't turn back. She will never in her life have less time having diabetes than she is alive. Maybe it shouldn't bother me so. Maybe it's just a milestone I need to work through. Maybe it means something. Maybe it's all just a wash.

It is her birthday, the day we celebrate her very being. 12. On the cusp of being a teen. Taller. Smarter. Glass-ier. More thoughtful. More able. Independent.

She's awesome. She rocks. She's got a sense of humor that will bring you to your knees. (Good girl, it will carry you far, being able to laugh at yourself, your situation and what happens around you.) She loves books and bikes, dances and swimming, hairstyles, makeup and glitter.

She is the glitter, I want to tell her. 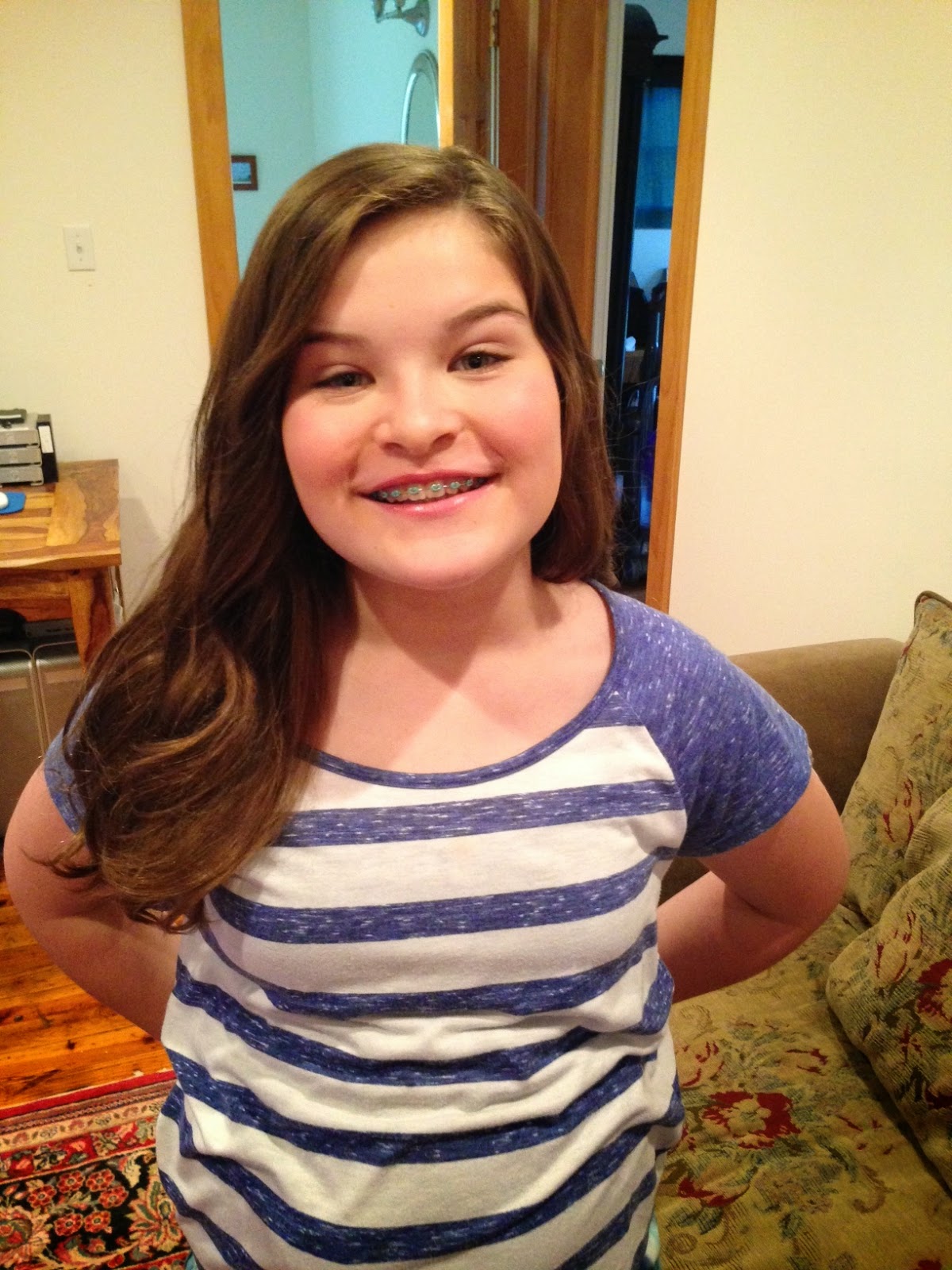