Today is Grace's 5th year with diabetes. Her 5th 'diaversary' with it. She was diagnosed on January 9, 2009. You can read about her diagnosis story here. You can read about year one, year two, year three and year four too. 5th is the traditional anniversary year of giving wood to someone. Who the heck does that - give something wood-ish to someone? I'm not even gonna think of something to relate wood to in diabetes. You're welcome.

Year 5 takes the turn. It takes it right into 'here we are and we keep on ticking.' It's sort of the eventuality of it. Year 5 is commitment to it. Year 5 is when you decide that the things your sweetheart did that you first found endearing are now as annoying as hell. It's the time that things get real. You are either in or you are out.

Grace is now 11, and she will have had diabetes for half her life when she rolls into 12 in July. There ya go for some straight up nonsense. Imagine that, half her life. Cause when you acquire the D at age 6,  it's gonna be a long time that D stays. (God willing, huh). That's something that still stops me in my tracks. She's not gonna remember the times before diabetes. Crap. It's gonna just fade. And I remember those times, but she won't carry the memory. D sometimes just sucks the life out of the party, don't it?

Today though, on 5 years in, I think about commitment to keep on going. D has revealed itself to be a wily little character, always throwing something our way to keep us on our toes. It has not endeared itself to me yet. I don't get the warm and fuzzies about it. I don't think I ever fell in love with it, but here it is. The commitment is what keeps us going. Not so much the commitment to the lousy and ever-present D, but to the health of my daughter to live a strong and healthy life. Damn straight I will commit to that.

You see, what D doesn't quite get to take is the spirit of an 11 year old girl. She rolls with the punches, she gets back on the horse and she commits, damn it. Commits the hell out of it. Again and again and again, 24/7, 365 commitment. Hell with 5 years, it's more like 1,826 days of commitment. 2,628,000 minutes of commitment. Two million some minutes.

I salute you, Grace. For your commitment, your bravery beyond measure, your attitude that you don't take any crap, and your willingness to do what it takes to live this life, diabetes be damned.

Hell with wood, baby, you are steel. 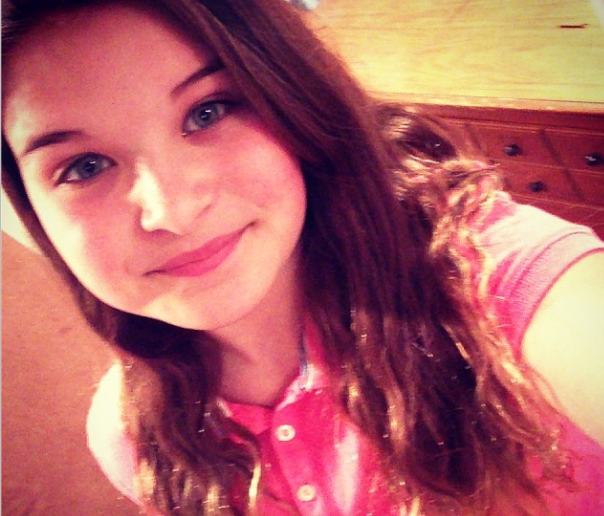