Grace took this picture with her camera at diabetes camp last week.

When I saw it on her camera, all she said was... 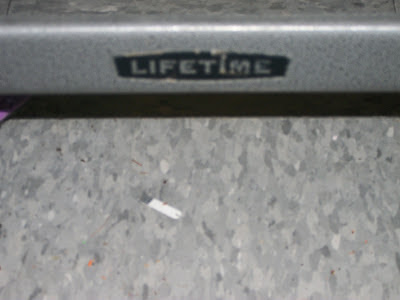 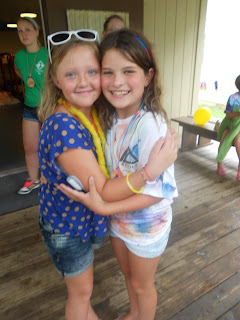 I've said it before and I'll say it again and again. For my daughter, it cures her soul. The camaraderie of a whole week of same-ness. It clears out the cobwebs of 'I am the only one with this disease' and the 'I cannot do this one more day' and the 'If only someone knew how I felt.' 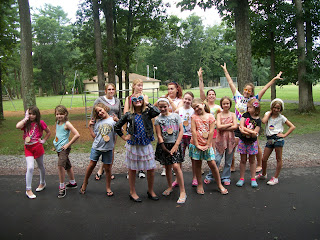 This year, I walked the same walk I have done the last two years to pick her up. And I missed her so. But this year, there was a complete sense that everything was right about it. Her decision to go. Our decision to send her. Her friends and cabinmates. Her counselors. It all seemed so very right. It's where she is meant to be for part of her summer. 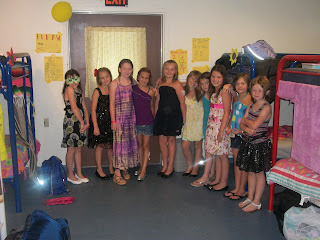 All the campers assembled and sang for the parents. Cheesy, and completely right, camp songs. Every. Single. One. of the the kids sang, even the teens. Cause when they launch into the 'pirate song' at camp, you better damn well sing. And a community is formed. In six short days. And by God, it is beautiful. 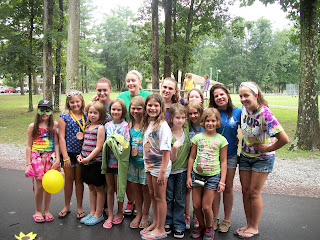 They end every year with singing the unofficial 'official' camp song - 'Waltzing with Bears' while the head counselor, a man with more unbridled joy than any one human being should have, plays his instrument. And every one sings.

And when the head counselor says 'One more time, until next year!' everyone belts out the song, and sways in time to the music. 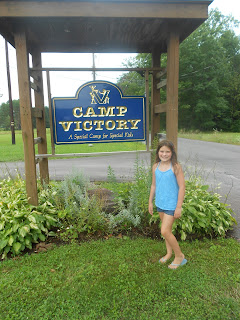 Grace is at her third year of diabetes camp. It's different than year one and year two. There's a different feel in the air - she knows what to expect, she knows many of the kids, she remembers her counselors and looks for them, she says hi to the camp staff like it's old hat.

This is what it must be like to come home every summer. I see it in her eyes. 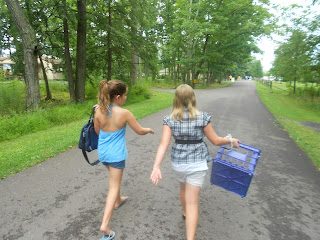 She has been looking forward to this week for five months. Scratch that. She's been looking forward to this week since the moment she left camp, in 2011. So make that 360 days since she left. The countdowns start, the asking about if I paid for camp yet starts, the asking if I got anything in the mail about when camp is this year starts. It starts the minute we get home from this year's camp. 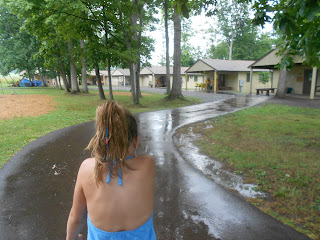 This year, as we sat with the endo who will be in charge of her cabin for the week, she greeted Grace with a Hi Grace! How are you? Whatcha been doing since last year? which caused a giant smile on Grace's face.

Her camp endo remembered her.

We went over basal settings, carb ratios, target BGs, and all the math associated with diabetes. We talked about her needing a temp basal to go swimming. And her endo chimes in Yeah, I know she tends to go low after swimming. The power of memory. And of being remembered. It made me smile.

Her endo asked Grace what some of her goals were this year at camp.

Have fun. (Isn't that fantastic that that was the first thing she thought of???)
Make new friends
Learn some new d stuff (her words)

Yep, I said, that's about it. She can also show you that she can completely change her Pod all by herself, start to finish, so she might want to show you that. Her endo smiled, cause frankly, she could do that last year. Always good to just show people again, I said.

And we ceremoniously walked over to her cabin and made her bunk bed for her. She got the bunk next to her DBFF. That made everything right in her world. And soon enough, it was time for us to go. The shortest time we have ever had dropping her off. 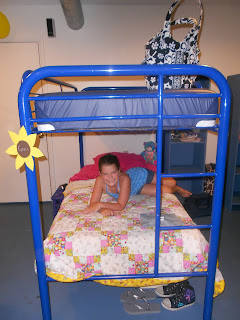 OK, Grace, have a great week. See you on Friday.
I'll miss ya Mom and Dad. See ya Friday.
Be good.
I will.

Pick up is in one day. Oh how I miss her. 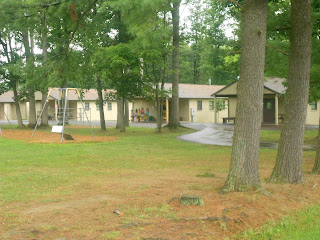 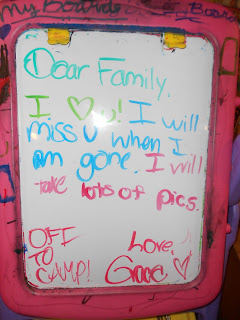 That's what her meter read when she said to me, in a singsong voice 'Mom, I feel a little looooooooow.'

I immediately suspended her basal through her OmniPod PDM. And my brain goes into 'Did I overbolus for something at dinner" How the hell could she be 31? Ok, do I have the glucagon here? Yep. Crap. 31.'

I grab a juice, nectar of the sweet gods, and rip off the straw casing and shove that little straw into the silver hole.

Huh??? NO JUICE? What the heck? She's never refused juice before.

And as I think this, her eyes get fluttery and begin to do a little roll back into her head.
And she starts to lay down.

'NOOOOOOOOOOOO. You MAY NOT lay down. You CANNOT go to sleep.
DRINK the juice.'

And she starts to cry. And mumble.

And I shove that little straw into her mouth and command her to
'DRINK THE DAMN JUICE. NOW.'

She finishes the juice. I let her rest her head against me. She closes her eyes this time, but she has one juice in her. I let her close them. I still do not let her lay down.

'Now we are going to drink another one. Now. Sip.'

And she does. She looks her blue eyes up at me and says 'Help yourself.'