Grace started using the OmniPod on Monday. No saline trial here, we jumped in head first with a 3 hour training and then put it on her within 30 minutes of her coming home from school. She was ready, we were ready. And I can honestly say the ride is pretty sweet so far. We have had higher numbers than normal this first week on the Pod, because we are still tweaking the basal rate she is on (0.35 units an hour) and also changing some carb ratios.

Our trainer has us changing the Pod every two days. I think we will be fine at three, the length recommended to wear one and then change, but I am being the dutiful learner and complying with all orders (that's rare folks). The site looks great after she takes the Pod off - a little Eucarin calming cream on it and we are good to go, no marks, friction or anything. I was worried as she has a tad sensitive skin, but so far, all is well.

Can I tell you that I love the PDM? It talks plain English to me!

"Are you going to eat now?"
Why yes she is, thanks for asking!

"Check for ketones!"
Thanks for thinking of her and reminding me!

I love it. People can learn it. It likes me I think.

All is all, it's going well for Grace. I see that she has more freedom. I envision tighter control when we get these basal rates figured out for her. I see her more aware of her lows when we get that tighter control, cause she won't float in the 250 range for hours not having any background insulin. 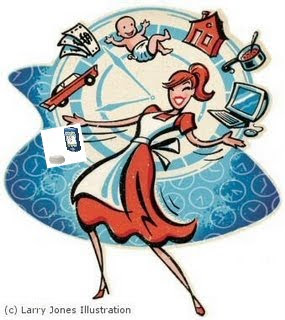 Just finished training on the OmniPod all afternoon and my head is swimming, but in a full-of-knowledge kind of way. It only hurts a little :0)

Our trainer came and spend 3 hours with us and the school nurse (shout out to the school nurse who is a rockstar!) and we programmed, set basals, went with carb ratios that are too high I think and set the rest of the Pod to go. Our gal Grace came home at 3:15 from school and at 3:45 she was wearing her first OmniPod full of insulin. Got bolused for a cookie at 3:50 and we were good to go. She chose her upper backside area to place the Pod.
Hung onto Daddy while I did the insertion, heard the 'click' of the automatic insertion and cried.
For all of one minute. I am serious, the girl is a trooper.
Dried those tears, gave her a high five for being so brave and cool and then she asked to call her neighbor friend.
Went to their house for an hour and was home by 5:30 for dinner.
I gotta wake up at 10 pm, 12 am, 3 am and 6 am to check her basal rates.
I feel like I have a newborn who weighs 60 pounds.
All is well.
I think I can actually do this.
I see the smile on Grace's face, getting through it all, and know I can.
Rock on everyone.
Posted by Penny at 8:39 PM 9 comments:

I awoke this morning with devout thanksgiving for my friends, the old and the new.

Thank you to everyone who reached out, who commented, and who didn't comment but sent me their positive thoughts and wishes. It means a lot. This place allows me to vent and move on. Thank you, all you D-Mommas out there. Listening to all of this, as we continue our journey every day through Type 1, means the world to me.

Yep, we got both here in our family of five. And the last week or so have had me swimming up to my eyeballs in both of them. They are both time consuming in their own right, but put them together into one family and you have yourself a veritable shindig of time-consumption.

I've been thinking about both of them lately. Their differences and their similarities. You see, I thought we had our fill with having autism not-so-politely plop itself down on the couch about 10 years ago and sit for a spell. It's been 10 years since M's diagnosis. 10 years of therapies, schools, diets, more therapies, IEPs, schools, did I mention therapies? Oh yeah, plenty of them. And it's still here, sitting on the couch. Lousy houseguest that it is, it ain't ever gonna leave. We accept it there, sitting, every day. New couch? Still there. I suspect if we moved, it might hop in the moving van. It's ALWAYS here.

Those five stages of grief over a giant change in your life? Yeah, we moved through them pretty quickly around here and we have longed moved into the 'acceptance' category. I love my dear M for who she is, which includes her autism. I know, I know, I should be preaching 'cure' to every one. Well, you won't find that here. Autism is part of who she is, much like her blue eyes and her naturally curly hair who I haven't a clue where she got it from. Removing autism from M would require a brain transplant and last time I remembered, they didn't do them in this part of the country. She is who she is.

Those early days of autism were something. They were e-n-d-l-e-s-s. Daunting. Overflowing with things 'to-do' and places to go and forms to complete and people to see and people to consult and people to learn from. I was exhausted much of the time and didn't enjoy M very much because of it in the early years. It was the realization and the acceptance that led me to the joy that she is my daughter. That took almost 2 years from her diagnosis. It was a journey. Once I let go and accepted, I was able to see the utter amazing child that is my daughter, who happens to have autism.

I thought every family would only get what they could handle, right, isn't that how the saying goes and isn't that what everyone on God's green earth tells every parent of a child with a disability? That God only gives you what you can handle. An autism blogger friend of mine often says that she is 'No Mother Teresa and she wishes God didn't trust her so very much.' I feel the same way. Why not other families? Every one of us seems to ask ourselves the same question - 'Why me? Why us?' I don't know why. Maybe it has made me more kind, more joyful in the everyday moments, more aware, but you know, maybe it wouldn't have had to take autism and diabetes to create that within me. I just don't know. I don't really need to know either. It has just made me more me I suppose.

Then the D hit us. Talk about blindsided. Didn't I just say I had more than I could handle with A? I thought I did. I must not have said it loud enough. And someone wasn't listening. Or the answer was 'I'm not done with you yet!' Or the answer was 'I was just getting started!' Or even better 'You think you're strong now? Just you wait missy!'

And the D is time consuming. I don't mean it as a commentary on my daughter. It is what it is. It is a giant vacuum of time, this care of diabetes. Every. Minute. Every. Day. And it's hard math too! And I really, really, really don't like math. Hey, autism had no math, how come I got a 2nd trial with a lot of math? Again, not listening to me at all I tell ya.

With the A I could take a break. Those days when she was 3 and just diagnosed and consumed with Barney ALL DAY, you know, I could say, you know what? Mommy is gonna read People magazine while you watch Barney for the next 3 hours cause I am done with autism today. We are gonna wake up tomorrow with autism and I can't do it any more today. And I would do that (and not one comment about lousy parenting - anyone - cause you try it some day and let me know how 24/7/365 autism works for you...) I would do that every so often, just be done with it. And then wake up the next morning and take on the world.

The D doesn't let up, does it? I can't forget about it for 3 hours. Heck, 3 minutes would be a relief some days! It's just so constant. I'm trying to fit it all into our lives. It's taking time. It's taking it's toll. It's taking so much energy.

Where have I been? 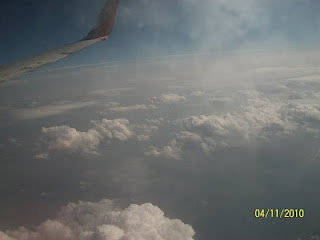 Denver, Colorado to be exact.

I went here with my oldest daughter. 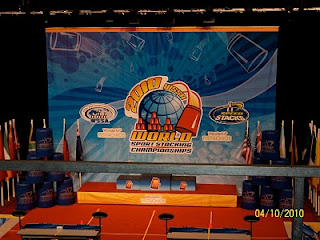 The World Sport Stacking Championships.
Why you ask? Cause she can do this:

And she does it REALLY well. So well in fact, she garnered 3, 1st place finishes and broke the WSSA World Record for a Special Stacker doing the 'Cycle' (featured above in the video) with a time of 8.38 seconds. 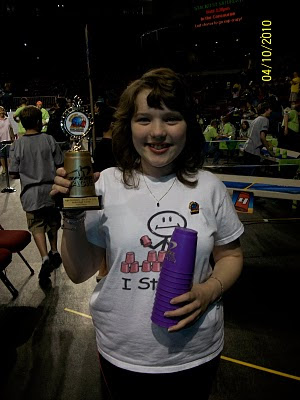 She amazes me, with her talent, her patience, her perseverance and her attitude towards life. It was a trip of a lifetime, one that her and I will not forget.

I have three amazing daughters. Each has special talents. My middle daughter is a blogger herself. You can find her at LucyPlease. She's cool, funny, hip, smart as a whip and lights up my life.

And of course, Grace herself. Brave and resilient.

How did I get so lucky? 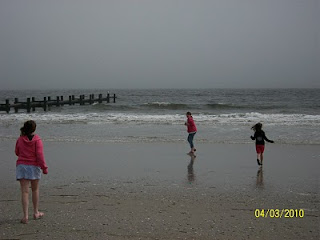 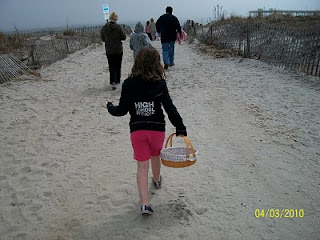 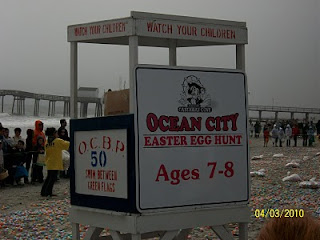 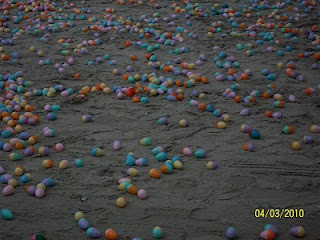 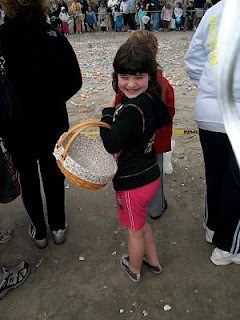 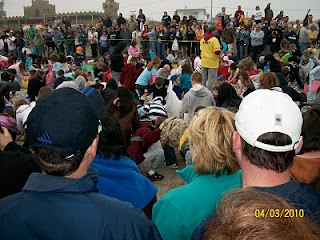 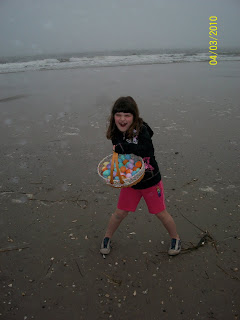 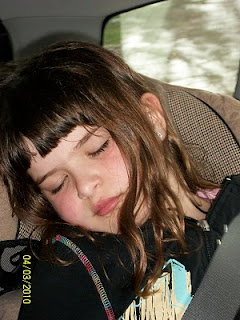 Menus must include calories, salt, fat and carb totals

Getty Images
The final phase of a law requiring chain restaurants in Philadelphia to list detailed nutritional information for menu items is now in effect.
Starting in January the city required chains to post caloric content for menu items. Those requirements expanded Thursday to include sodium, total fat and carbohydrates.
Health Commissioner Donald Schwarz says the information must be placed at tables or on printed menus at sit-down restaurants.
A first violation for failure to provide the information will result in a citation but a second offense means a $150 fine.
Posted by Penny at 6:24 PM 4 comments: